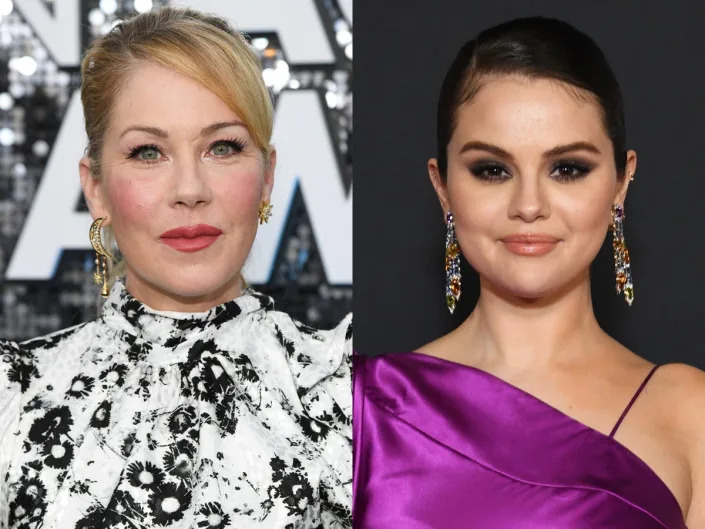 Christina Applegate praised Selena Gomez for opening up about her

experience with lupus in her new documentary “Selena Gomez: My Mind & Me.”

“To @selenagomez Am watching your documentary. From one immunocompromised to another. I’m here xo,” the “Dead to Me” star wrote in a since-deleted tweet, according to People.

Applegate also spoke about her own diagnosis of MS, and how it compares to lupus. Both diseases attack the immune system, making it difficult for the affected person to fight off infections.

“MS and Lulus are baby sisters from other mothers and a dad who owns a weird truck,” Applegate wrote in the tweet, adding: “Xo. Good on you kid for opening your life to those that need an eye open.”

Applegate herself recently opened up about adapting to her new reality with MS in a recent interview with the New York Times reporter Alexis Soloski.

The third season of Applegate’s show “Dead to Me” is set to premiere on Netflix in November, and the actor revealed that the new episodes will be “the first time anyone’s going to see me” after changes to her body and mobility as a result of MS.

“I put on 40 pounds; I can’t walk without a cane. I want people to know that I am very aware of all of that,” Applegate told Soloski..

The “Anchorman” star was officially diagnosed with the disease in summer 2021. She told the New York Times that she’s still “pissed” about the diagnosis, and is “never” going to accept it.

Read the original article on Insider.