LARRY KING:   Doctor, how did you meet Michael?

DR. ARNIE KLEIN, MICHAEL JACKSON’S DERMATOLOGIST  : I met Michael because someone had brought him to my office. And they entered the room with Michael. And I looked at one, took a look and told him I had lupus erythematosus. This was a long word.
RE  : Lupus?
KLEIN  : Lupus, yes. I mean, because he had red, a butterfly rash and he also had a severe rind that could be seen on the front of his scalp. I mean, I’m always very visual. I am a person who would look at Mona Lisa’s lips and would not see her smile. I’d like to see the lips.
KING  : Was he there for that condition?
KLEIN: He was only there because a very close friend of his had told him to come and see me to see the problems he had with his skin. Why did he have … had severe acne, how many people …
KING  : Oh, yes?
KLEIN  : Yes, it did. And many people made fun of him. He remembered trying to clean it and went to those doctors who hurt him a lot. And he was exquisitely sensitive to pain.
So he went into my office. He had several things wrong with him. So I said, and you have a thick crust on the scalp and you have some hair loss.
He says, well, how do you know?
I said, because it’s the natural course of lupus. Then I did a biopsy. I diagnosed lupus. And then our relationship stayed there.
lupus   It is a chronic autoimmune disease in which the immune system becomes hyperactive and attacks normal and healthy tissues. This produces symptoms such as inflammation, swelling and damage to joints, skin, kidneys, blood, heart and lungs. Photosensitivity is a common feature of lupus erythematosus.

Discoid lupus patients have a version of the disease that is limited to the skin. It is characterized by a rash that appears on the face, neck and scalp and does not affect the internal organs. Less than 10% of patients with discoid lupus progress in the systemic form of the disease, but there is no way to predict or prevent the disease pathway.

There is currently no cure for lupus, nor has there been a new drug to treat the 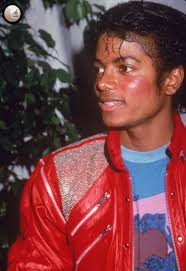 disease in the past 50 years, although numerous new drugs or clinical trials are currently being studied. However, early diagnosis and adequate medical treatment can significantly help control the disease and its symptoms. Lupus treatment consists of minimizing symptoms, reducing inflammation and pain, helping to maintain normal function and preventing serious complications.

“And lupus, because it didn’t come out more clearly and he said it was the problem, I’m not sure. But I know it was something that disturbed him a lot.”

One of Michael’s oldest doctors was Dr. Allan

Metzger, a rheumatologist lupus specialist. On October 1, 2003, they both attended and gave a short talk together, in a night of love, light and laughter, an advantage for Lupus LA and Lupus Research at the Beverly Hills Hotel in Beverly Hills, California.