Her close friends and neighbors, Matthew “Cuban” Hernandez and Alyesha Wise, told The Times they had found Ingram unresponsive during a wellness check at her apartment around noon on Dec. 30 after not hearing from her for a few days. The poets announced her death in an Instagram post on New Year’s Day. “There aren’t many humans like Tonya, with a heart and energy like hers. And we’ll love our little sister forever,” read Hernandez’s post.

Ingram published three books of poetry, including “Growl and Snare” (2013), “Another Black Girl Miracle” (2017) and “How to Survive Today” (2019). Much of her writing, published in outlets ranging from Vice to BuzzFeed to the New York Times, circled themes of chronic illness, Black girlhood, love and mental health awareness.

Since her death, close friends and supporters have flocked to Instagram, sharing posts about the impact of her friendship and her poetry on their lives. With more than 20,000 followers, Ingram had shared her journey through illness alongside her poetry.

Born in Cincinnati and raised in the Bronx, Ingram had her start as a youth poet in New York City, where she was also a founding member of SLAM! at New York University alongside poet and classmate Safia Elhillo. She traveled and performed widely during her twenties, competing as a spoken word artist in college slams; several of her recorded performances reached hundreds of thousands of viewers.

But it was in L.A. that Ingram found her tribe, after moving West to earn a master of fine arts at Otis College of Art and Design. She became a regular attendee at Da Poetry Lounge in West Hollywood, where Wise and Hernandez help co-host one of the nation’s largest weekly open mics. She toured with DPL’s national slam team (fellow alums include Yesika Salgado) and quickly established herself as a leading voice in L.A.’s performance community. 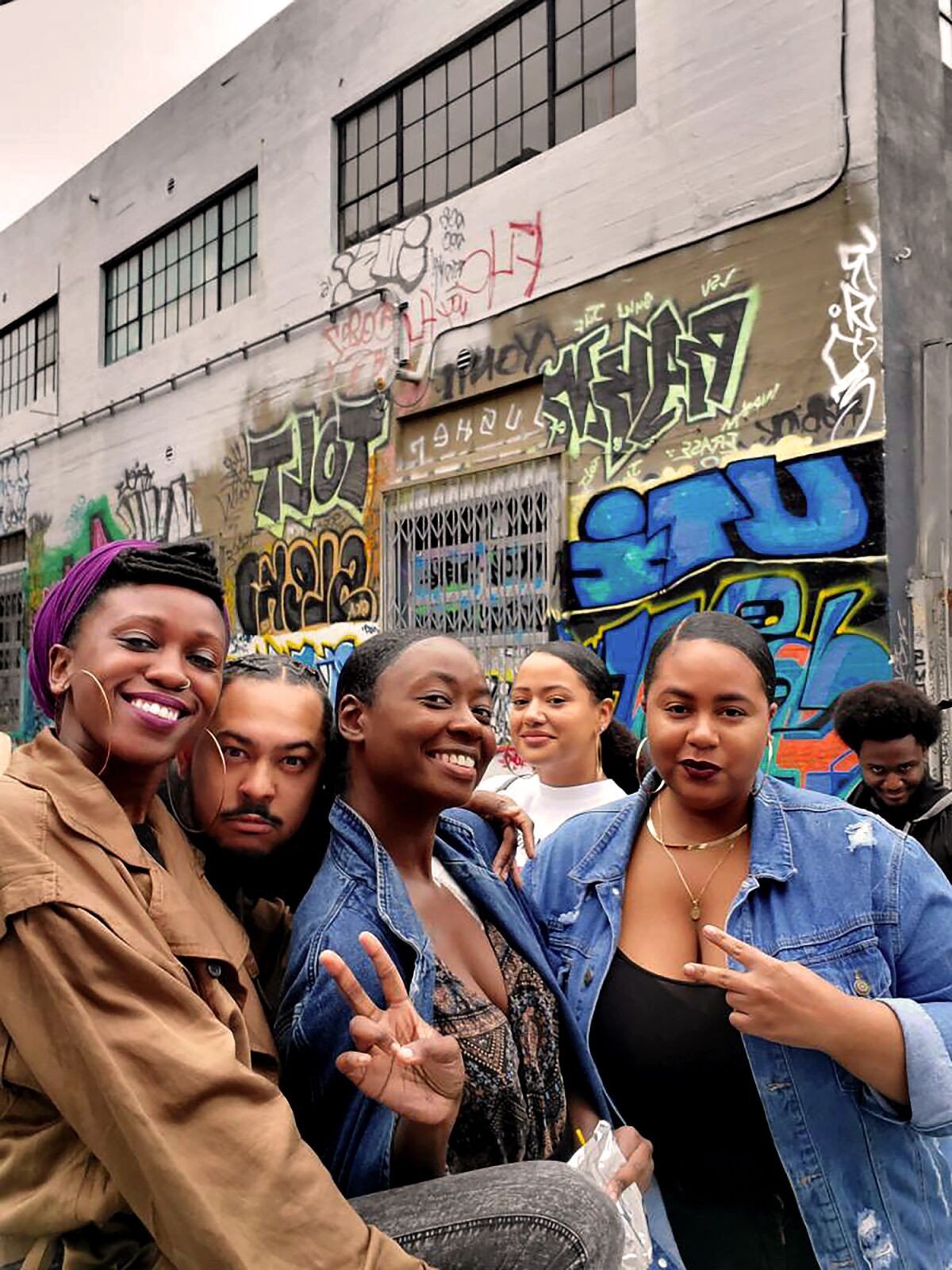 Up until her death, she was still organizing and planning public events, including the “Poetry in Color” series in collaboration with the Los Angeles County Museum of Art. Launched in 2020, “Poetry in Color” featured poets who wrote pieces inspired by public art at LACMA. Ingram’s goal was to make both poetry and art accessible to wider audiences.

Her death also shook a following that had gathered around her disability and mental health advocacy. She didn’t shy away from voicing her opinions on the flaws of an American medical system that left her and thousands of other transplant hopefuls waiting for organ donors. In 2020, Ingram went live on Zoom with Rep. Katie Porter (D-Irvine) to discuss flaws and mismanagement among organizations charged with procuring donated organs.

Ingram was on the kidney donor wait list for three years. In an interview, Hernandez said he believed her death was preventable. Ingram’s last Instagram post shared with her followers that she had been having trouble breathing. In the months leading up to her death, her hospital visits had become more frequent and urgent. Hernandez and Wise said that at times she was sent home before she was fully recovered.

Hernandez said the medical industry had been “nothing short of derelict of duty” even as Ingram’s complications mounted. “She was tired.”

Ingram had been prioritizing rest and quiet in recent years, according to Wise. “We both were always on the train, hustling and bustling and constantly moving [in our youth], so our snail life was well deserved,” Wise said in an interview. “We talked about [how], as Black women in this world in this time, we deserve to have that.”

For a self-described introvert with a debilitating illness, Ingram was a persistent and vibrant presence across the city. She had a dinosaur costume to match her nickname, “Tonya-saurus Rex,” and some of her social media posts featured her dancing in it around the living room. In recent years she was learning to surf, and she was an active participant in outdoor collectives for people of color, such as Color the Water and AdventureCrew, bringing visibility to Black and brown people enjoying nature and wildlife, including in an ad campaign for Nike. Among the accolades listed in her bio, Ingram noted that she was a winner on “The Price Is Right.”

Hernandez and Wise, who are married, had Ingram as a roommate for three years and an across-the-street neighbor afterward. On their frequent walks in North Hollywood, Ingram spoke often to Wise about wanting to fall in love deeply, grow a family. Dream projects included a movement to bring poetry and art to very ill hospital patients and other, even loftier aspirations.

Hernandez and Wise are handling funeral arrangements for Ingram, who had shared with them her wish to have a green burial underneath a tree. Family and friends are raising funds to have her buried on the grounds of Hollywood Forever Cemetery under a California Oak. With those funds, Hernandez and Wise plan to fly out Ingram’s family from Cincinnati and Brooklyn, N.Y., for the ceremony scheduled for Jan. 27.

So far the pair have raised around $30,000, which covers the costs associated with her burial. They’re still taking donations, hoping to build a trust to send Ingram’s 15-year-old younger sister to college, maintain her published and unpublished work and advocate for improvements to organ donor programs.

In a recent episode of the podcast “So Life Wants You Dead,” recorded in July 2022, Ingram spoke candidly with host Nora Logan about the medical discrimination she faced as a dark-skinned Black woman — and also about learning to accept the possibility of her own death.

“I do not invite death, but I am not afraid of it. Meaning when it is time, I am at peace with it,” Tonya said. “I don’t fear it… I just have such a deep peace knowing that this body will rest.”